I was a Navy brat, born in Puerto Rico; unfortunately I barely know how to say ?Hello? in Spanish now. The Navy life steered my family from Puerto Rico to California to Florida to Maryland. When we arrived in Maryland, my sister and mother decided it was time to stop moving and, instead, decided to run a small farm (the kind with horses, sheep, goats, cows, and the like). So I went from Navy brat to farm hand?an interesting change that allowed me to truly appreciate manual labor.

Because it is difficult to transplant an entire stable of horses and large animals to another state, my mother, sister, and I grew deep roots in a rural area of Southern Maryland. The area was small when I was growing up there. I met my best friend (later my best man) in second grade. I went to Calvert High School, one of only two high schools in Calvert County (now there are many more). I had to drive 30 minutes to school. Fortunately, the time passed quickly in my turbo-charged Mustang (quite a steal at only $2000). I belonged to the second tier of popular kids in school?played varsity football, which helped, but didn?t party with designer drugs or alcohol?I know, lame, but I?m still living.

After high school, I moved to the ?Big City? of Baltimore and attended Loyola College. On the first day of orientation, I met my future wife. She loved me immediately, but it took her 2 years to realize it. It was great growing up a second time at Loyola. I was a biology major and a philosophy minor?split brained indeed. Neither really helped me figure out what I wanted to do with my life. After graduation, I worked for a year doing clinical research at Johns Hopkins and University of Maryland Hospitals, which did not appeal to both sides of my personality, so I applied to medical school (biology and ethics?they come up in medicine from time to time).

Apparently the traveling spirit of the Navy brat was significantly suppressed, as I decided to attend the University of Maryland Medical School: 4 more years in Baltimore. During medical school, I truly enjoyed all the rotations, but I didn?t always like the people. In Emergency Medicine, I love the people and I get to do a little bit of everything in medicine. Being split brained, though, I just had to become a combined resident?and, loving kids, I had to become an EM/Peds resident: just another mere 5 years in Baltimore (that will be a total of 14 years for those of you keeping track). 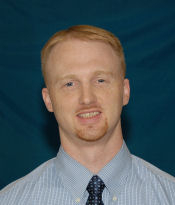