Some pearls about a rare, but serious side effect of Warfarin... 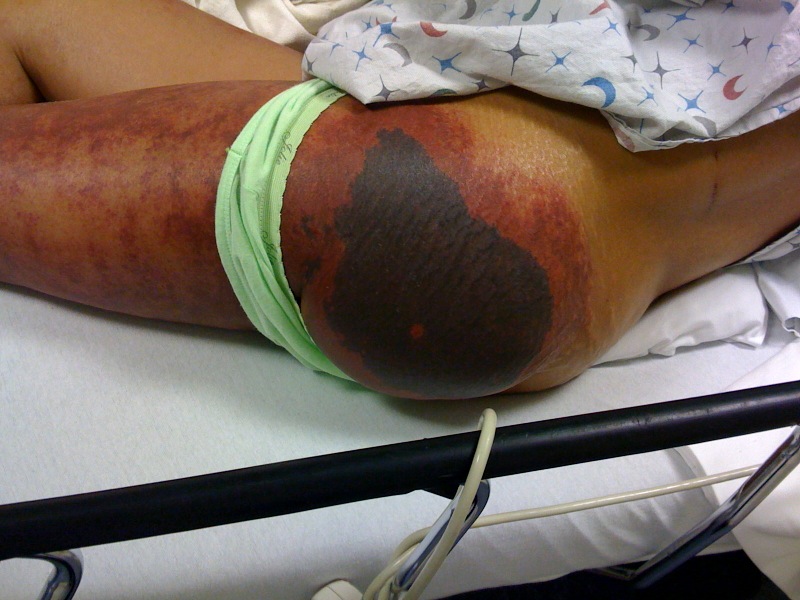 55 yo female presented to the ED on the day of hospital discharge for evaluation of this rash.

The rash began 4 days after starting Warfarin. Was being treated for a DVT.