Although we may not be able to eat as much shellfish after the oil spill, there are still some left that can cause some interesting toxicity here in the USA. Shellfish act as vectors for the bacteria, virus etc that produces toxin thus not specific to one species of shellfish. There is a map attached that shows where shellfish poisoning occurs most. In the picture CFP=ciguatera, PSP=Paralytic and ASP=AmnesticC. Surprising the distribution and it will be interesting how the oil spill affects the distribution. Treatment for all of these is supportive with no known antidote and incidence increases during Red Tide months: 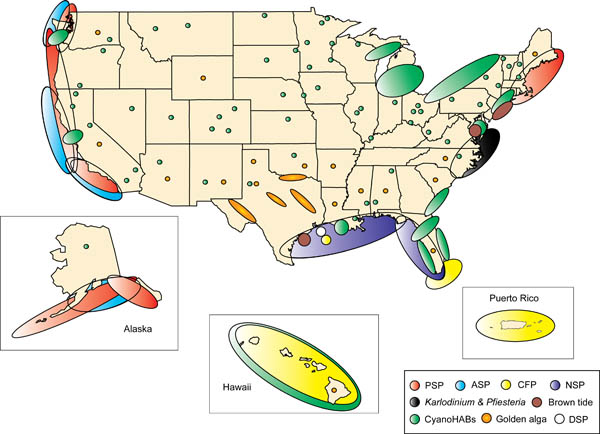