8 year-old female with no PMH who presents with concerns for "purple patches" popping up on her arm for 2-3 days. Stated that one appeared and then, the other one appeared 12 hours later. She denied any trauma whatsoever, history of easy bleeding/bruising and did feel safe at home. The rest of the review of systems was negative.

Patient said there was mild pain when the area was touched. The rest of the physical examination was normal.

What's the diagnosis? (Image below) 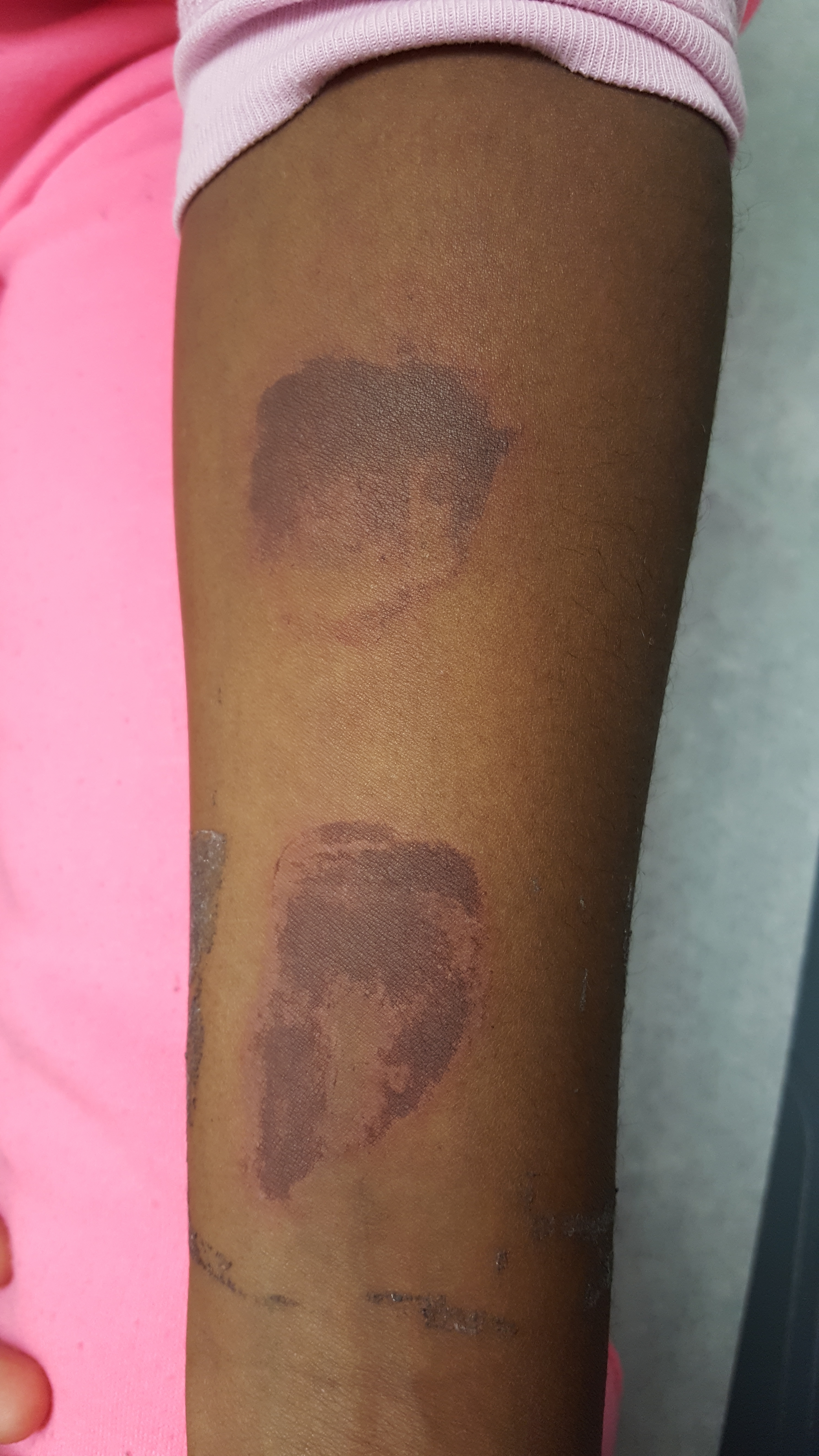 Upon further questioning, patient stated that she had been making s'mores by roasting marshmallows over an electric stove 3 days prior. The burns showed up the subsequent morning.

"Pathophysiology of Thermal Injury." Civic Plus. 2007.