Title: What is the diagnosis ? (Case by Dr. Leen Alblaihed)

30 Year-old female presents to the ED for a rash. The rash started suddenly, mainly in her extremities and it is painful. The patient denied having fever or chills. Her past medical history is unremarkable. She admits to using cocaine frequently. The rash is shown in the picture. 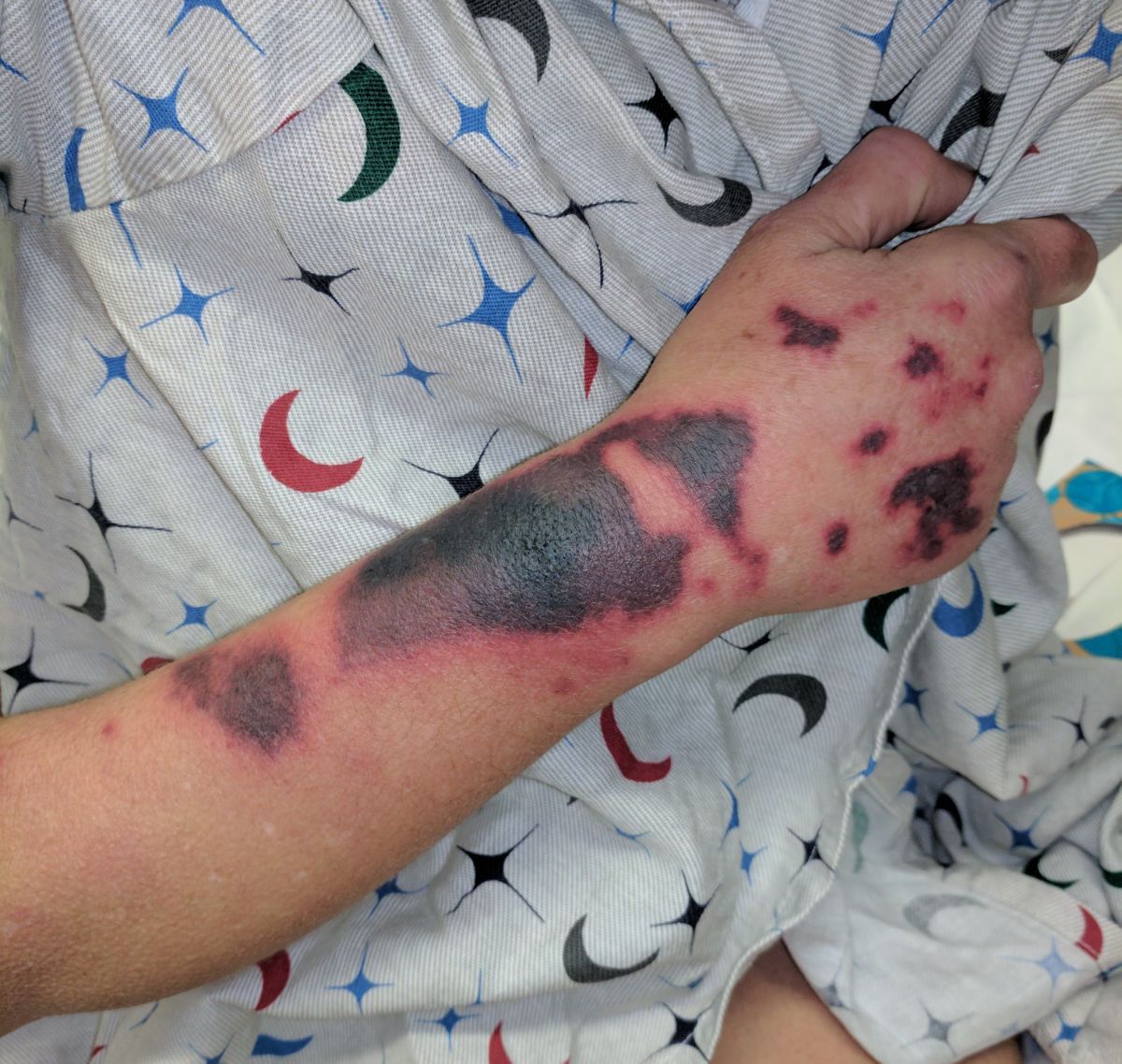 - Levamisole is an antihelmintic drug that was banned by the US Food and Drug Administration in 2000 because of its adverse effects.

- It is added to cocaine to increase its weight and potentiate its effect.

- Treatment is by cessation of cocaine use.

- Because Levamisole is strongly associated with agranulocytosis, corticosteroids should be avoided to prevent immunosuppression.