Title: What is the diagnosis? (Case by Dr. Ahmed Alrasheedi)

A 36-year-old male, who recently immigrated from Africa, presented to the ED with fever, rash, cough and shortness of breath. He was noted to be febrile to 39.0 C. The rash is disseminated but present mainly in his trunk as shown in the picture. 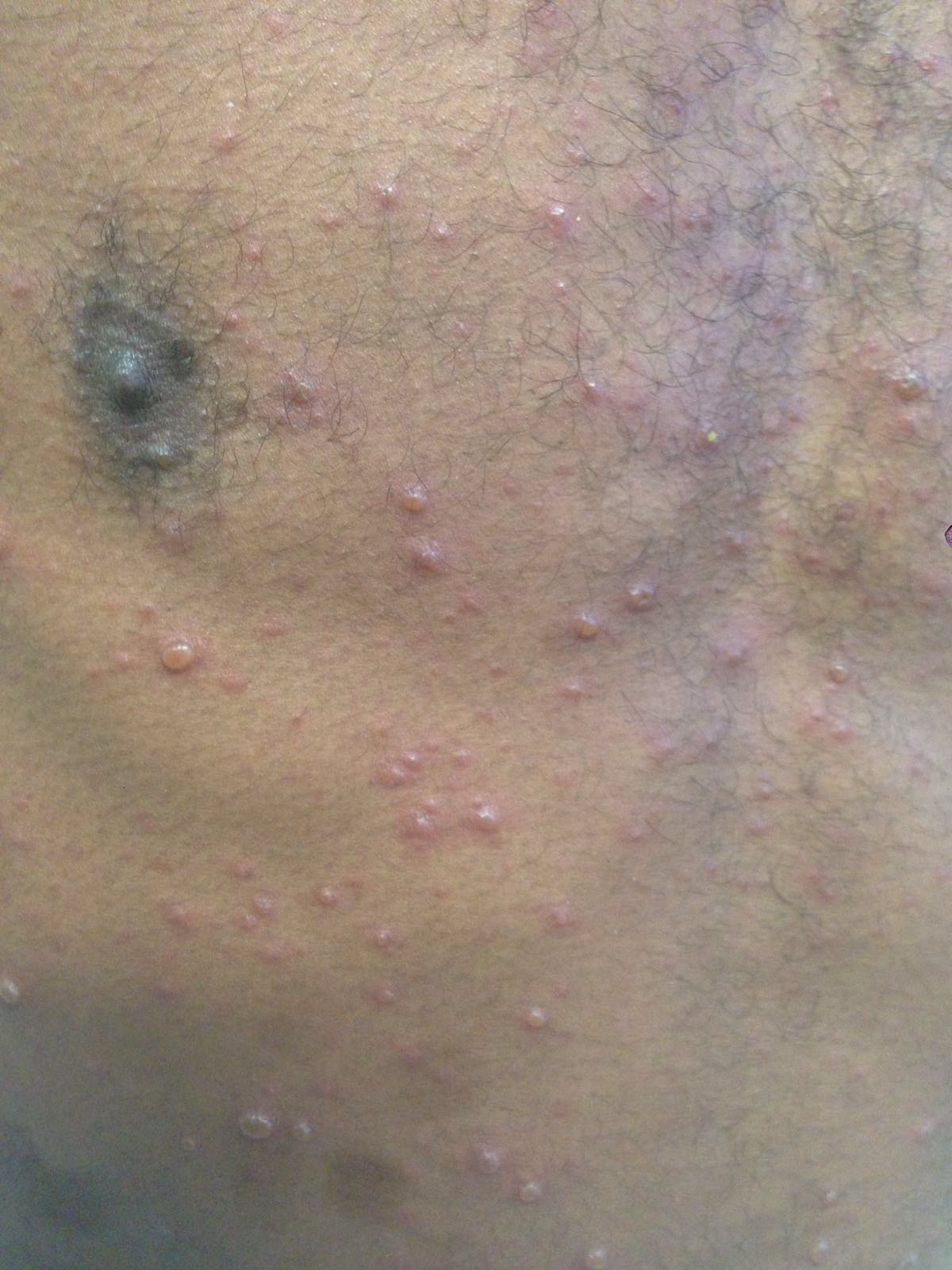 - The patient is presenting with a rash in different stages, associated with fever and signs of systematic involvement, indicating a disseminated varicella infection.

- Definitive diagnosis of disseminated VZV infection is made by detecting its DNA in multiple anatomic sites.

- The most common complication of VZV infection in immunocompetent adults is VZV pneumonia. Early detection of VZV pneumonia can be done with bronchoalveolar lavage and PCR testing.

- Treatment is with IV acyclovir and is more effective if started within 24 hours of the beginning of symptoms. In cases that require prolonged treatment, gene sequencing should be done to detect resistant strains.