25 year-old female with hx of cerebral palsy with significant developmental delay, s/p G-tube who presented with acute hypoxic respiratory failure, hypotension and a distended, tense abdomen. A CT was done with the scout film below. What's the diagnosis? 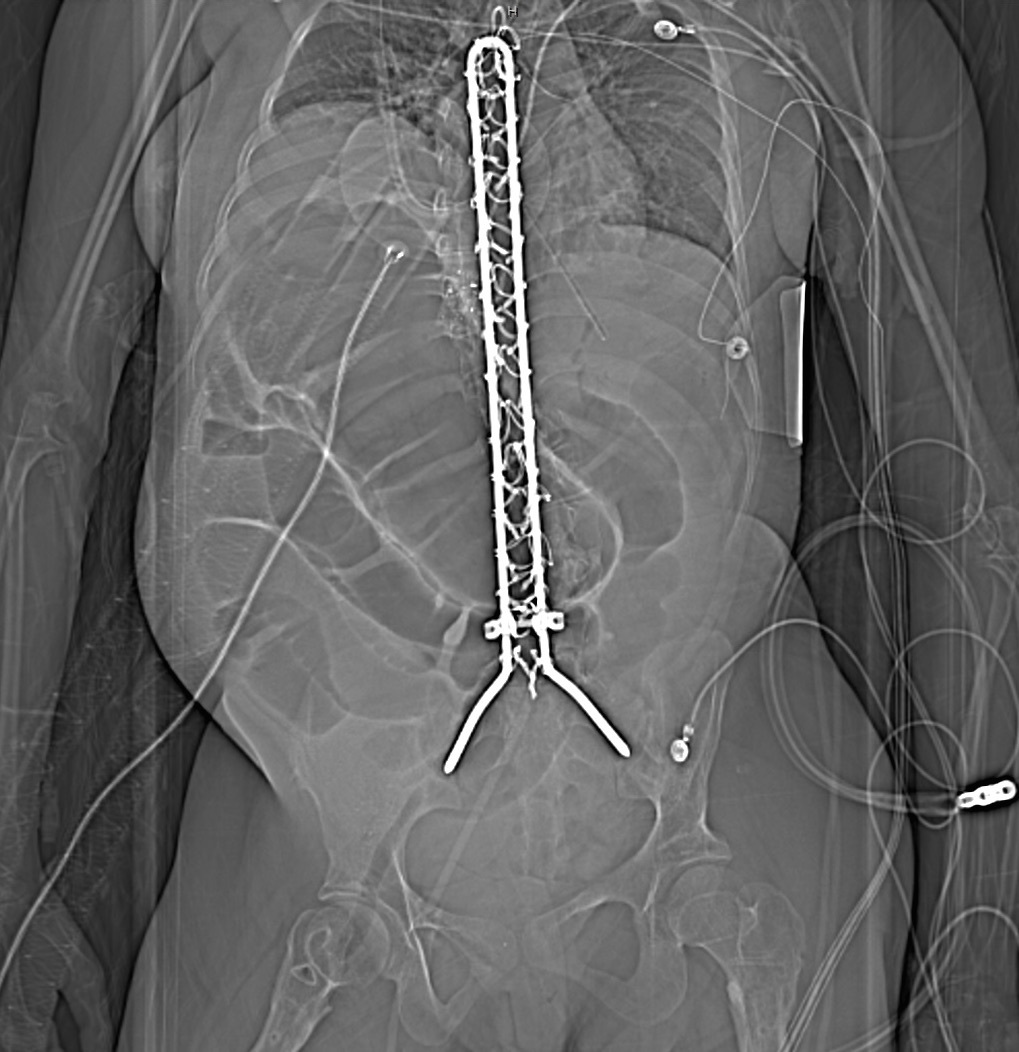 Patient was subsequently intubated, had an NG tube placed with over 500cc of fluid returned. Patient had multiorgan failure and received fluids, antibiotics, pressors, blood products and went to the OR, and had a partial bowel resection.