Lisiteria Monocytogenes is typically transmitted from ingestion of contaminated food such as unpasteurized milk or cheese, raw foods, and recently cantaloupes; transmission from veterinary exposure, infected soil and water have also been reported.

Listeria has a predilection for the central nervous system (CNS) causing several infections including meningioencephalitits, brain or spinal abscess, cerebritis (infection of brain parenchyma), and rhomboencephalitis (encephalitis of the brainstem).

There is no clinical way to distinguish CNS infection with Listeria from other pathogens, therefore blood and cerebrospinal fluid (CSF) culture is required.

CSF analysis demonstrates pleocytosis, elevated protein, and low glucose. CSF gram stain has a low sensitivity (~33%), but consider Listeria in the differential if "diptheroid-like" bacteria are reported on gram stain.

Ampicillin is the drug of choice and should be continued for at least three weeks (sometimes longer). Adding gentamycin is sometimes recommended for synergy in severe infection.

·  The use of epinephrine in cardiac arrest is currently standard of care.

·  Several observational and non-randomized trials have demonstrated the efficacy of epinephrine in cardiac arrest, but there has never been a randomized double-blind placebo-controlled trial in humans.

·  A recently published Australian trial randomized cardiac patients (of any type) to receive either 1 mg of epinephrine (n=272) or 0.9% normal saline (n=262); the primary end-point was survival to hospital discharge. Secondary end-points were pre-hospital return of spontaneous circulation (ROSC) and neurological outcomes at hospital discharge.

·  Significantly more patients had pre-hospital ROSC in the epinephrine group (regardless of the underlying rhythm), however, there was no statistically significant difference in survival to discharge (the primary outcome) between groups.

·  This randomized double-blinded placebo-controlled trial raises many new and interesting questions about epinephrine, but more study is needed before changing current practice.

Radial and femoral arteries are common sites for arterial-line placement, but are not without complications (e.g., Radial artery: malfunction with positioning and Femoral artery: contamination and infection); an alternative site to consider is the axillary artery.

The axillary artery's superficial location and large size make it a desirable choice for cannulation.

The "anatomical-landmark" and "palpation" methods have been the traditional techniques of axillary arterial cannulation, however these methods may be difficult for to a variety of reasons (e.g., obesity, anasarca, arterial disease, etc.)

Sandhu, N. The Use of Ultrasound for Axillary Artery Catheterization Through Pectoral Muscles: A New Anterior Approach. Anesthesia and analgesia. 2004; 562–565.

Fungal Sepsis in the Critically Ill

The open cricothyrotomy technique is taught as the trauma airway standard when one “cannot intubate and cannot ventilate” however, it is not without difficulty and limitations. The B.A.C.T. (Bougie-Assisted Cricothyrotomy Technique) may improve the procedure by using a bougie to assist.

Steps for the B.A.C.T. (as described in the paper):
1. Stabilize the larynx with the thumb and middle finger, then identify the cricothyroid membrane.
2. Make a transverse stabbing incision with a scalpel through both skin and cricothyroid membrane.
3. Insert tracheal hook at the inferior margin of the incision and pull up on the trachea.
4. Insert a bougie through the incision with curved tip directed towards the feet
5. Pass 6-0 endotracheal tube or Shiley over bougie into trachea.

Advantages of a bougie:
1. Thin and easy to insert into incision
2. Tactile feedback from tracheal rings confirms proper placement
3. Ensures that stoma will not be lost during procedure

EMRAP.tv has a great video of Dr. Darren Braude demonstrating the procedure;
http://bit.ly/nB3BMG

When may an ED thoracotomy be futile?

Pregnancy causes many physiologic changes, which may be challenging during trauma resuscitations. A few pearls on the ABC’s:

Despite the most aggressive therapy, up to 30% survivors may have permanent neurologic or multi-organ system dysfunction months to years after recovery

Hemodynamic Optimization in the Post-Arrest Patient

Cancer patients admitted to ICUs with AKI or who develop AKI during their ICU stay have increased risk of morbidity and mortality. AKI in cancer patients is typically multi-factorial:

Bleeding associated with uremia is a spectrum, from mild cases (e.g., bruising or prolonged bleeding from venipuncture) to life-threatening (e.g., GI or intracranial bleed). The exact pathologic mechanisms are not understood, but are likely multi-factorial (e.g., dysfunctional von Willebrand’s Factor (vWF) and factor VIII, increased NO, etc.)

Besides dialysis, treatments for uremic bleeding include:

TIP: Suspect when abdominal pain presents 10-14 after chemotherapy (when PMNs are lowest). 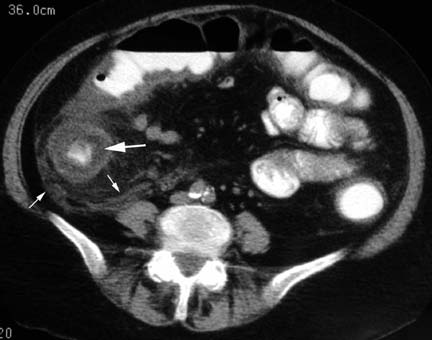