A quick christmas one:

Actually containes cardioactive steroids - eating it will help your A fib with RVR as it will act like digoxin, as well as kill like it.

Some pearls about Wernicke's encephalopathy:

Title: syncope in the elderly

Although we tend to "shotgun" when ordering labs in elderly patients with syncope, the literature actually indicates that we can be very selective in testing with this group, letting the history and PE determine whether any tests are indicated. The most recent literature supporting this concept demonstrated that even cardiac enzyme testing and head CTs in elderly syncope patients were helpful in only 0.5% of cases. The only test that should routinely be obtained is the ECG...a good history and PE should be sufficient to determine when any other tests are indicated.

Finally, remember to monitor the patient closely when you first start rewarming as this can induce cardiac arrest.  This is thought to occur as colder peripherial blood returns to the central circulation as peripherial veins and arteries dilated from the warm fluid.

Here is a table adapted from Goldfrank's Textbook of Toxicologic Emergencies 8th Edition - Drugs that May Induce Parkinsonism. MPTP is the story that everyone hears about and actually has links to Maryland. In 1976, Barry Kidston, a 23-year-old chemistry Maryland graduate student, synthesized MPPP (Meperidine or Demerol) incorrectly and injected the result. It was contaminated with MPTP, and within three days he began exhibiting symptoms of Parkinson's disease. Ooops - permanent.

Red blood cell transfusion in the critically ill patient has been and continues to be surrounded by controversy and lack of hard data.  Up to 90 percent of transfusions in the ICU are given for anemia, an indication which is least supported by the data.  The joint taskforce of EAST, ACCM and SCCM has published a clinical practice guideline which outlines recommendations and rationale.  These recommendations are summarized as follows:

The Emergency Department is often the first line in detecting the sexual abuse of a child.  Unfortunately, what you do or don't say/ask/test can significantly affect the legal protection of the abused child.

1. Know your region's dedicated sexual abuse center, if one exists.  These centers have personnel trained in interviewing and forensic evidence collection.  There may be different centers for children of different ages.

3. Withhold prophylactic antibiotic treatment when possible - antibiotics work well, and often eliminate evidence.  Withholding antibiotics is acceptable if the child is asymptomatic or only has very mild symptoms.

4. Any sexually transmitted disease in a child warrants further workup and investigation.  Primary genital HSV in a young child warrants testing for Gonorrhea and Chlamydia, and appropriate referral as well as police involvement.

5. Finally, if trained personnel is available to conduct the interview of a child, limit the questions you ask the child directly.  Any evidence in your note that you may have suggested something to the child in your line of questioning could negate the validity of their testimony.

Patella fractures are typically due to direct trauma as in a fall or direct blow to the knee.

Fractures may be missed on the AP view or misdiagnosed as a bipartate fracture.  To avoid these pitfalls look closely at the lateral view and consider getting a sunrise view of the knee (better visualizes the patella).  Finally,  unilateral bipartate patella are very rare so consider an x-ray of the contralateral knee if you are considering this as your diagnosis.

Surgery should be considered for:

When IV access is not immediately available and you don’t want to rely on the erratic absorption of IM administration, naloxone can be given by the intranasal (IN) route.
Kinetics are similar to IV: Onset 1-2 minutes, duration 40-50 minutes.
Dose is the same as IV: Up to 1 mL (0.4 mg) can be given in each nostril.
Advantage of needleless administration.
To use: Draw up dose of nalxone and simply add an atomizer to the end of a syringe (see picture).  Administer half of final dose in each nostril.
Atomizers are now available in the UMMC ED. 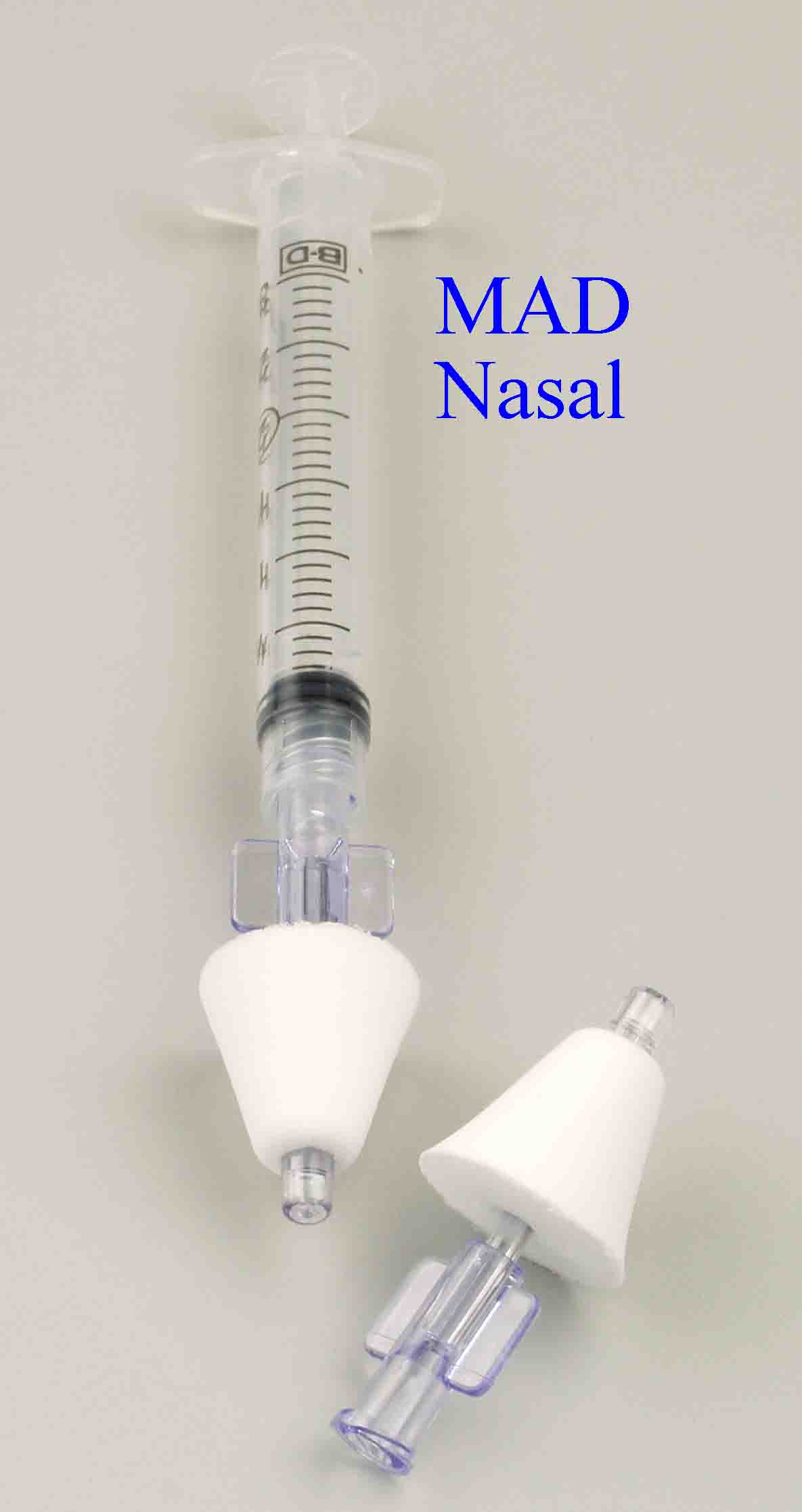 The following is a differential diagnosis for unilateral headaches with typical associated features:

Effort thrombosis, also called Paget von Schrotter disease, occurs when either the axillary and or subclavian veins thrombose. The condition is more common in young, healthy (>males) patients and presents with the usual DVT symptoms of arm pain, swelling, and pain.

The disease was originally described in patients performing vigorous activities, like weight lifting or repetitive over-the-head lifting. This type of activity has been reported to kink the subclavian vein and lead to clot formation.

Diagnosis and therapy is the same for any other type of DVT.

Some of the causes of acute vision loss are:

Ductal-Dependent Cardiac Lesions in the Neonate